If you’ve ever wondered how you can pipe with multiple colours, this is how you can do exactly that. Even better you can do it without using anything fancier than you would to pipe a rose or whatever shape you have a piping tip for.

You can also use this method to pipe multiple colours, not just two like I’ve done here.

Divide the buttercream into colours, placing one portion in a line on some cling film. Roll this over so that the frosting is wrapped up in a sausage shape. Massage the buttercream to remove any air bubbles before twisting off the ends to seal.

With the remaining buttercream of a different colour, make a line on the cling film like you did with the first colour, ensuring it is the same length as the previous. Once rolled up put the colours together and snip one end.

Pipe in a spiral from the centre of the cake to make roses. One colour may come out more at first before the colours pipe evenly. 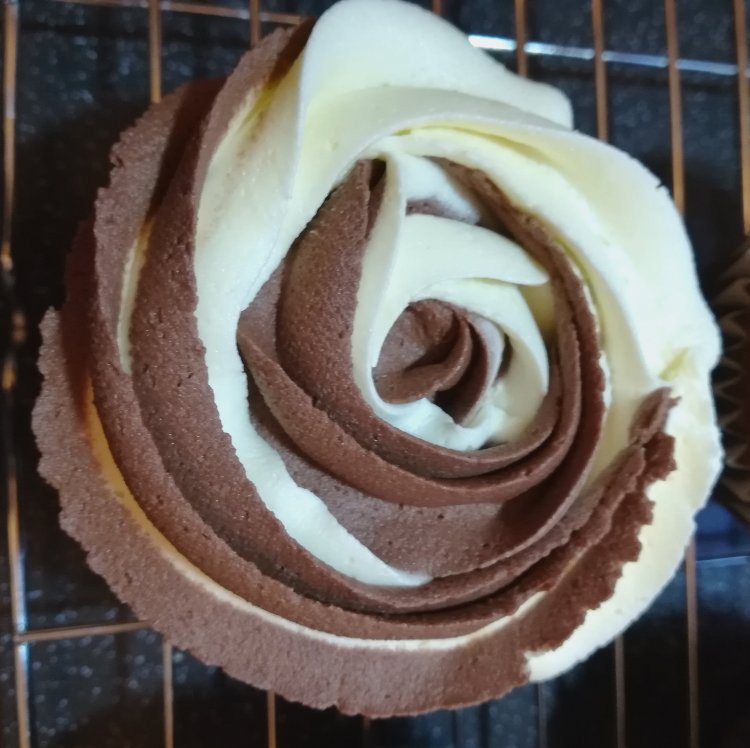 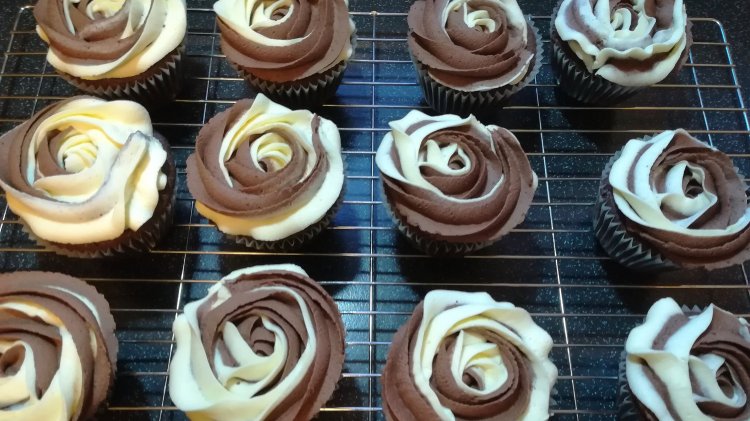 Incase you would appreciate a recipe or guidence about buttercream quantities, I’ll add the recipe I used below. This will cover 12 cupcakes with a rose design, but you can use whatever flavour and colour buttercream you want with the method above.

Divide in half then add the below to a portion

If you want to create a tinged edge to your roses rather than two-tone, start by making a roll of buttercream in the main colour. Then using less of the other colour (about a quarter of the main quantity) spread a thin layer across a sheet of cling film. Roll the sheet of the edge colour around the main colour, snip the ends and follow steps 3 to 4.

One thought on “How To Pipe A Two-Toned Rose Cupcake”