When it comes to fairy cakes, I pick cactus themed.

Whilst more effort that a buttercream swirl, the cactus piping is still pretty easy to do and satisfying to watch.

I chose chocolate cake to represent soil, making them look like potted succulents. 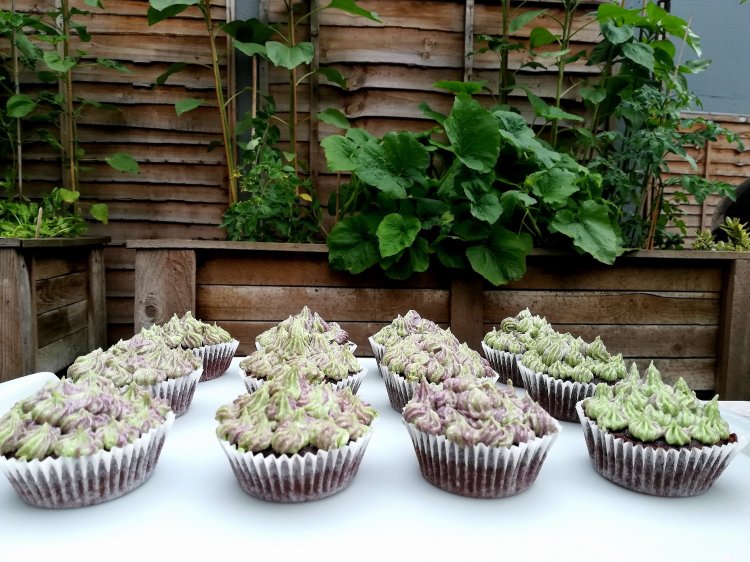 I don’t know about you, but I make a set of 12 to take to whatever event I’m baking for, then a few extra just for me. Or more realistically for my boyfriend, so he doesn’t feel left out.

Combine the ground flaxseed and water, then chill for 15 minutes while the oven preheats. Give the flaxseed mixture a stir, it will be ready when it forms a egg-like consistency.

Cream the vegetable shortening and sugar together with a stand or handheld mixer.

In a separate bowl, mix together the gluten free flour, cocoa powder, baking powder, salt and xantham gum. Sift into the butter and sugar then combine with a spoon or spatula. Once mostly incorporated, rub together with your hands until the dry ingredients have a sand-like consistency, with no large lumps left.

Whisk together the coconut milk, vanilla extract and flax-egg. Set aside any leftover coconut milk for the buttercream.

Pour half the liquids into the dry ingredients and beat until smooth. Then add the rest of the liquids in two steps, scraping down the sides and beating between additions. Finally turn up to high speed and beat for a minute.

Scoop a spoonful and a half of batter into the fairy cake cases, or until the cases are ¾ full. If you have extra batter make another cake rather than filling them more, or the cakes may overflow when they rise.

Set aside to cool completely. I often pop them in the fridge after 5 minutes, to ensure they will be cool by the time I’ve made the icing.

Cream the vegetable shortening until light and fluffy, then scrape down the sides.

Add the powdered icing sugar, vanilla extract and coconut milk. Beat on low speed until the icing sugar is combined. Don’t beat fast at first, or you will find yourself even more covered in sugar than usual during baking.

Turn the speed up to high and beat for 5 minutes to ensure your buttercream is light and will hold it’s shape when piped.

Take a ¼ or less of the buttercream and stir in purple food colour with a tiny bit of red food colour, or just use mauve on it’s own if you have it. Spread this in a thin layer across a square of cling film.

Spread the green buttercream in an even layer on top of the mauve buttercream. Then roll the cling film over into a sausage shape. Massaging as you do so to remove air bubbles. If you have extra cling film at the sides twist them to secure and snip one end to open.

Around the edge of a fairy cake, squeeze a bead of buttercream then lift straight up releasing the tension. Repeat piping in a circle, moving towards the center. Once the surface of the fairy cake is covered, pipe a layer of four more beads, then pipe a final bead in the middle on top.

Repeat step 8 until all the fairy cakes are covered. 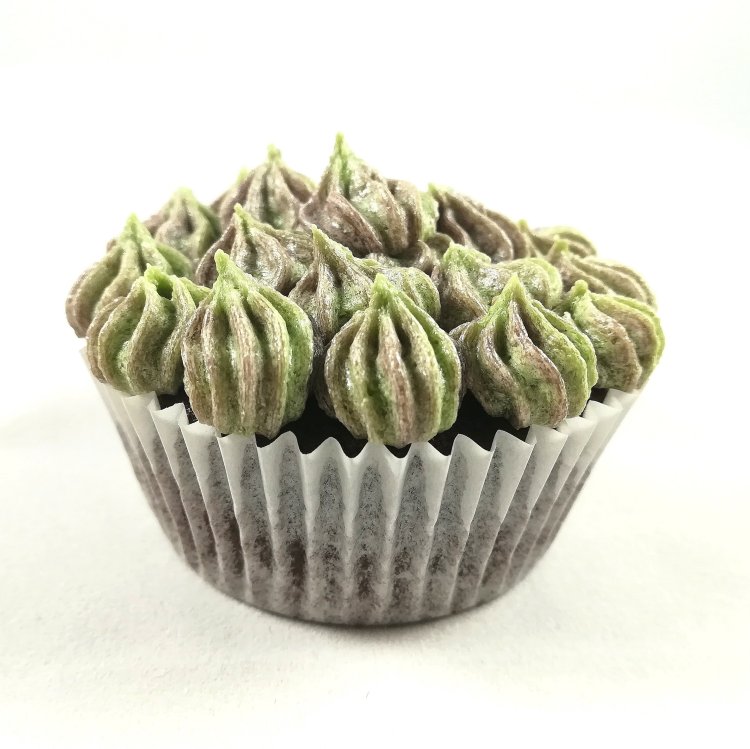 Let me know what you think of them in the comments!